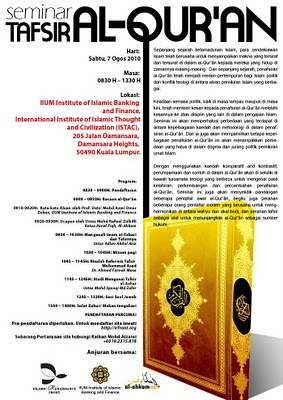 The 7 Habits of Highly Effective People - Habit 1 : Be Proactive

Habit 1: Be Proactive is about taking responsibility for your life. You can't keep blaming everything on your parents or grandparents. Proactive people recognize that they are "response-able." They don't blame genetics, circumstances, conditions, or conditioning for their behavior. They know they choose their behavior. Reactive people, on the other hand, are often affected by their physical environment. They find external sources to blame for their behavior. If the weather is good, they feel good. If it isn't, it affects their attitude and performance, and they blame the weather. All of these external forces act as stimuli that we respond to. Between the stimulus and the response is your greatest power--you have the freedom to choose your response. One of the most important things you choose is what you say. Your language is a good indicator of how you see yourself. A proactive person uses proactive language--I can, I will, I prefer, etc. A reactive person uses reactive language--I can't, I have to, if only. Reactive people believe they are not responsible for what they say and do--they have no choice.

Instead of reacting to or worrying about conditions over which they have little or no control, proactive people focus their time and energy on things they can control. The problems, challenges, and opportunities we face fall into two areas--Circle of Concern and Circle of Influence.

Proactive people focus their efforts on their Circle of Influence. They work on the things they can do something about: health, children, problems at work. Reactive people focus their efforts in the Circle of Concern--things over which they have little or no control: the national debt, terrorism, the weather. Gaining an awareness of the areas in which we expend our energies in is a giant step in becoming proactive.
Posted by alitantawi at 11:22 AM No comments:

Happiness cannot be purchased with gold and silver. It is far more precious than that.

Happiness is like a pearl in the depths of the sea. Only the most expert diver who knows how to seek it out will find it.

Happiness is a good meeting, a nice word, a dream, a realistic yet positive attitude towards life.

Look into yourself. Somewhere in the depths of your own soul lies your happiness.

Let us ask what is meant by happiness. A poll was conducted where 16,000 people had to answer what happiness meant to them.

Thirty-eight percent of the respondents said that happiness is brought about by love.

Seven percent claimed that happiness is to be found in marriage.

Three percent said that happiness is brought about through children.

The Arab writer, `Abbâs Mahmûd al-`Uqqâd once mentioned that he had an artist friend who liked to imagine things and depict them in drawings. One day, he imagined happiness and drew it as a twenty-year-old girl skipping about in a lively and energetic manner, her hair flying to the right and left, in extreme joy and playfulness. When the artist showed it to `Abbâs, the writer said:

This is not how I imagine happiness to be. Firstly, what you have depicted might have been described as play, amusement, or enjoyment. Happiness is something else entirely. Happiness is closer in meaning to experience and knowledge than it is to thoughtlessness, adolescence, and ignorance. It is closer to a more advanced age than it is to that age which is full of the delights of youth, vigor, and strength.

Secondly, happiness is closely connected to meanings like contentment, tranquility, and sobriety. It is not expressed as riotous and noisy behavior. Happiness is a matter of taste, emotion, and perception within a person – within his heart and his inner self.

Happiness cannot be formally defined like a scientific term. It can not be delineated and quantified

It may be that happiness comes knocking on our door but since we do not recognize it, we do not open the door for it. It is possible for a person to live in full mental, spiritual, and physical happiness, and not even realize it. We can look at the happiness of small children. They are happy in their lives of innocence, play, and simplicity. However, they very likely do not realize it. When they grow up and start reading and hearing about this notion called happiness, they begin searching for it like it is something lost.

If happiness could be attained through wealth – through the acquisition of gold, silver, dollars, and a big bank account – then the mountains and the mines would be the rightful possessors of happiness, because of all the wealth that they contain within them.

If happiness were achievable through beauty, display, and adornment, then the peacock and the flowers would have more right than us to be happy.

If happiness were in strength and power, then wild beasts would have been the most entitled to happiness.

If, however, happiness were attainable through noble conduct, wisdom, virtue, integrity, and probity, then the human being would have the greatest right to it.

Happiness can be experienced in many things. It can be found in the smile of an innocent baby. It can be found on the tongue of an honest person speaking a good word or remembering Allah. It resides in the heart of a person who shows tolerance to his brethren. It is in giving a gift without ulterior motives. It is when your Lord removes some hardship from yourself or from others. It is experienced in the rest that comes after an hour of hard work.

How many playboys, tyrants, wrongdoers, and people of wealth and power leave this world never experiencing the best and most beautiful thing that the world has to offer: closeness to Allah and the happiness that comes from communion with Him?

Posted by alitantawi at 1:17 PM No comments:

Beautify Your Inner Self

Just like we take care of our outward appearance, wear nice clothes, and worry about public tastes in our manner of grooming, we should also take care to beautify our inner selves. Just as we would hate to go out in public in a disheveled state, we should also be aware that the corruption of the inner being is far more odious.

A poet once said:

Tasteful attire will never endear
a man to one he's wronged

Any more than corpses love
the finery of burial clothes.

A beautiful funeral dressing is of no benefit to the deceased. Likewise, a person who possesses an evil, envious, hateful nature does not get any benefit from his good outward gestures. Such is the lot of the hypocrite.

O servant of the flesh! How wretched
you grow from your service.

How you have whittle yourself
away in fruitless labors.

Turn your industry to your soul
and labor to perfect its virtues,

For you are by your soul,
not your flesh, a man.

A person does not become true and noble by virtue of physical strength and stature. If this were the case, then many a beast of burden or carnivore would attain the highest nobility and most sublime humanity. This is why the bodies of men and women are not the measure of their worth.

Inspired by this fact, a poet writes:

You see and scorn an emaciated man,
Though his rags clothe the epithet of a lion.

Surely, the well-dressed man impresses
but then you test his mettle,

Only to be disillusioned by
impeccable appearances.

The camel is of grand stature,
but with a head bereft of wisdom,

So all his great bulk
ultimately avails you naught.

The puniest of sparrows
hatches a flock of chicks,

While the she falcon scarcely
rears any chicks at all.

Size and quantity are not all that matters, nor is a good outward show. What matters most is the heart. If the heart is pure, the body follows, but if the heart is rotten, the whole body is corrupted. The most pious Muslim, Abû Bakr, was a lightweight, slender man, but in spite of that, if his faith were weighed against the combined faith of all the Muslims, his faith would weigh more.

Then there was `Abd Allah b. Mas`ûd who was one of the dearest people to the Allah. The Companion Hudhayfah b. al-Yamân said: “Those among the Companions whose knowledge is not easily prone to error all knew that Ibn Mas`ûd was the closest and dearest of them to Allah.” [Sahîh al-Bukhârî (3762). Sunan al-Tirmidhî (3806)]

Now, Ibn Mas`ûd was extremely slight of build – he was actually quite puny – and his shins were very skinny. He was so small that the wind would cause him to sway to and fro.

The Companion Zur b. Hubaysh relates that Ibn Mas`ûd was harvesting branches from an arâk tree when the wind came up and caused his whole body to turn. People began to laugh at him, and Allah’s Messenger (peace be upon him) asked: “What are you laughing at?” They replied that they were laughing at his skinny legs.