AL-QURAN - SHAPE OF THE EARTH IS SPHERICAL 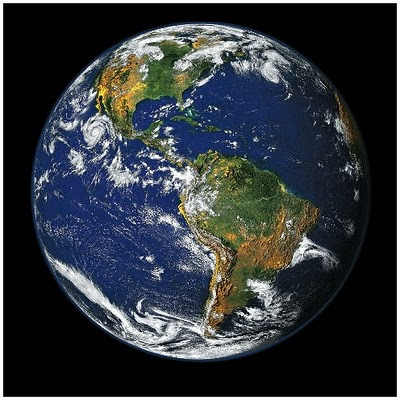 In early times, people believed that the earth was flat. For centuries, men were afraid to venture out too far, for fear of falling off the edge! Sir Francis Drake was the first person who proved that the earth is spherical when he sailed around it in 1597. Consider the following Qur’anic verse regarding the alternation of day and night:

“Seest thou not that Allah merges Night into Day and He merges Day into Night?”
[Al-Qur’an 31:29]

Merging here means that the night slowly and gradually changes to day and vice versa. This
phenomenon can only take place if the earth is spherical. If the earth was flat, there would have
been a sudden change from night to day and from day to night.

The following verse also alludes to the spherical shape of the earth:

“He created the heavens and the earth in true (proportions): He makes the Night overlap the Day, and the Day overlap the Night.”
[Al-Qur’an 39:5]

The Arabic word used here is Kawwara meaning ‘to overlap’ or ‘to coil’– the way a turban is wound around the head. The overlapping or coiling of the day and night can only take place if the earth is spherical.

The earth is not exactly round like a ball, but geo-spherical, i.e. it is flattened at the poles. The
following verse contains a description of the earth’s shape: